Transition Berkeley Repair Cafés keep stuff out of the Landfill.

Transition Berkeley Repair Cafés keep stuff out of the Landfill.

Leave It For the Birds!

Time Banking Offers a Friendly Give and Take

The Many Joys of Growing Herbs

Trillions of Dead Bees and Bayer

Ingredients for a Transition Initiative 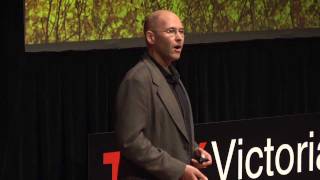 The True Cost of Oil

Ingredients for a Transition Initiative

Set up a Steering Group This stage puts a core team in place to drive the project forward during the initial phases. Once some sub-groups are formed, the Steering Group disbands and reforms with a person from each of those groups. This requires a degree of humility, but is very important to put the success of the project above the individuals involved. Ultimately your Steering Group should be made up of 1 representative from each working sub-group.

Raise Awareness This stage will identify your key allies, build crucial networks and prepare the community in general for the launch of your Transition initiative. For an effective Energy Descent Action plan to evolve, its participants have to understand the potential effects of both Peak Oil and Climate Change – the former demanding a drive to increase community resilience, the latter a reduction in carbon footprint.

Screenings of key movies (Inconvenient Truth, End of Suburbia, Crude Awakening, Power of Community) along with panels of “experts” to answer questions at the end of each, are very effective. Talks by experts in their field of Climate Change, Peak Oil and community solutions can also be very inspiring. Articles in local papers, interviews on local radio, presentations to existing groups, including schools, are also part of the toolkit to get people aware of the issues, and ready to start thinking of solutions.

Lay the Foundations This stage is about networking with existing groups and individuals, making clear to them that the Transition Initiative is designed to incorporate their previous efforts and future inputs by looking at the future in a new way. Acknowledge and honor the work they do, and stress that they have a vital role to play. Give them a concise and accessible overview of Peak Oil, what it means, how it relates to Climate Change, how it might affect the community in question, and the key challenges it presents. Set out your thinking about how a Transition Initiative might be able to act as a catalyst for getting the community to explore solutions and to begin thinking about grassroots mitigation strategies.

Organize a Great Unleashing This stage creates a memorable milestone to mark the project’s “coming of age”, moves it right into the community at large, builds a momentum to propel your initiative forward for the next period of its work and celebrates your community’s desire to take action. In terms of timing, we suggest this take place about 6 months to a year after your first “awareness-raising” event. For example, the Official Unleashing of Transition Town Totnes was held in September 2006, preceded by about 10 months of talks, film screenings and events. Your unleashing will need to bring people up to speed on Peak Oil and Climate Change, but in a spirit of “we can do something about this” rather than a doom and gloom scenario. One item of content that we’ve seen work very well is a presentation on the practical and psychological barriers to personal change – after all, this is all about what we do as individuals. It needn’t be just talks, it could include music, food, dance - whatever you feel reflects your community’s intention to embark on this collective adventure.

Form Working Groups Part of the process of developing an Energy Descent Action Plan is tapping into the collective genius of the community. Crucial for this is to set up a number of smaller groups to focus on specific aspects of the process. Each of these groups will develop their own ways of working and their own activities, but will all fall under the umbrella of the project as a whole. Ideally, working groups are needed for all aspects of life that your community needs to sustain itself and thrive. Examples of these are: food, waste, energy, education, youth, local economics, transport, water, local government.

Each of your working groups looks at their area and tries to determine the best ways of building community resilience and reducing their carbon footprint. Their solutions will form the backbone of the Energy Descent Action Plan.

Use Open Space We’ve found Open Space Technology to be a highly effective approach to running meetings for Transition Initiatives. In theory it ought not to work. A large group of people comes together to explore a particular topic or issue, with no agenda, no timetable, no obvious coordinator and no minute takers. However, by the end of each meeting, everyone has said what they needed to, extensive notes have been taken, lots of networking has had taken place, and a huge number of ideas have been identified, and visions set out. The essential reading on Open Space is Harrison Owen’s Open Space Technology: A User’s Guide, and you will also find Peggy Holman and Tom Devane’s The Change Handbook: Group Methods for Shaping the Future an invaluable reference on the wider range of such tools.

Develop Visible Practical Manifestations of the Project It is essential that you avoid any sense that your project is just a talking shop where people sit around and draw up wish lists. Your project needs, from an early stage, to begin to create practical, high visibility manifestations in your community. These will significantly enhance people’s perceptions of the project and also their willingness to participate. There’s a difficult balance to achieve here during these early stages. You need to demonstrate visible progress, without embarking on projects that will ultimately have no place on the Energy Descent Action Plan.

Facilitate the Great Reskilling If we are to respond to Peak Oil and Climate Change by moving to a lower energy future and relocalizing our communities, then we’ll need many of the skills that our grandparents took for granted. One of the most useful things a Transition Initiative can do is to reverse the “great deskilling” of the last 40 years by offering training in a range of skills. Research among the older members of our communities is instructive – after all, they lived before the throwaway society took hold and they understand what a lower energy society might look like.

Some examples of courses: recycling grey water, cooking, bicycle maintenance, natural building, herbal medicines, basic home energy efficiency, practical food growing, harvesting rainwater, composting waste (the list is endless). Your Great Reskilling program will give people a powerful realization of their own ability to solve problems, to achieve practical results and to work cooperatively alongside other people. They’ll also appreciate that learning can be fun!

Build a Bridge to Local Government Whatever the degree of groundswell your Transition Initiative manages to generate, however many practical projects you’ve initiated, and however wonderful your Energy Descent Plan is, you will not progress far unless you have cultivated a positive and productive relationship with your local government authority. Whether it is planning issues, funding or networking, you need them on board. Contrary to your expectations, you may well find that you are pushing against an open door.

Honor the Elders For those of us born in the 1960s when the cheap oil party was in full swing, it is very hard to picture a life with less oil. Every year of my life (except for the oil crises of the 70s) has been underpinned by more energy than the previous years. In order to rebuild a picture of a lower energy society, we have to engage with those who directly remember the transition to the age of Cheap Oil, especially the period between 1930 and 1960.

While you clearly want to avoid any sense that what you are advocating is ‘going back’ or ‘returning’ to some dim distant past, there is much to be learnt from how things were done in the past, what the invisible connections between the different elements of society were, and how daily life was supported when less oil was available. Finding these things out can be deeply illuminating, and can lead to our feeling much more connected to place when we are developing our Transition Initiatives.

Let It Go Where It Wants To Go… Although you may start out developing your Transition Initiative with a clear idea of where it will go, it will inevitably go elsewhere. If you try and hold onto a rigid vision, it will begin to sap your energy and appear to stall. Your role is not to come up with all the answers, but to act as a catalyst for the community to design their own transition. If you keep your focus on the key design criteria – building community resilience and reducing the carbon footprint – you’ll watch as the collective genius of the community enables a feasible, practicable and highly inventive solution to emerge.

The focus of the original "ingredients" is to create an Energy Descent Action Plan. Here, in Berkeley, we are fortunate to have created and passed a city-wide, Climate Action Plan in 2009. The plan is a mandate to reduce our entire community's greenhouse gas emissions by 80% below 2000 levels by 2050. Our Transition efforts in Berkeley will be to enact the plan and fill in places where the plan may be lacking. Click to see City of Berkeley Climate Action Plan.

Beyond the Last "Ingredient"… Your Transition Initiative is not necessarily complete after adding the needed "ingredients". Once your city has a Climate Action Plan (Energy Descent Plan), the work of implementing it begins.